Continuously since 2009, we have been translating opinions of Advocates General for the Court of Justice and requests for a preliminary ruling.

For the Court of Justice of the European Union, we translated a number of opinions of Advocates General, including:

In July 2016, we concluded a framework contract with the European Commission for translation services in PL–EN, EN–PL language combinations in the field of EC policies and administration. 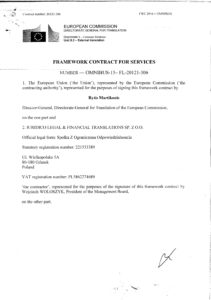 Since March 2015, we have been providing CdT with legal translation services.

In December 2015, we concluded a contract with the European Central Bank for the provision of lawyer-linguist services. 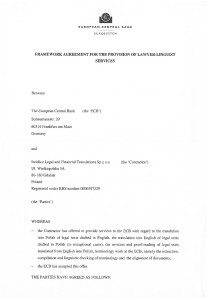 Since 2008, we have been translating documents for the National Council of the Judiciary comprising its resolutions, international cooperation, legal acts regulating Polish and European justice. 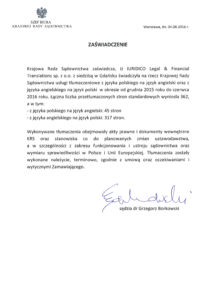 Since December 2016 we have been translating and reviewing legal documents for Supreme Administrative Court. 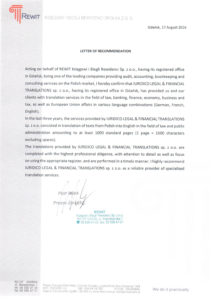 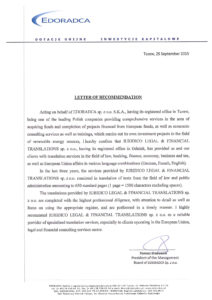 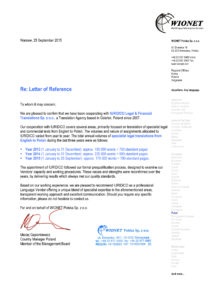 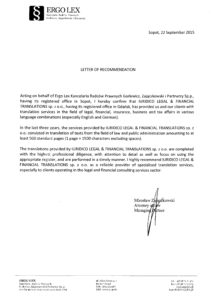 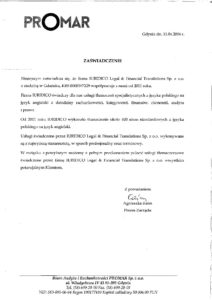 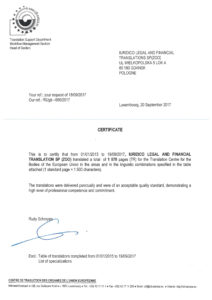 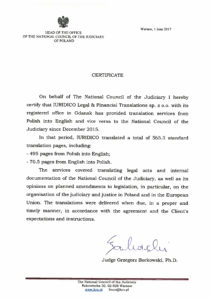